Tablet presses, also known as tablet presses or tablet presses, are used to compress powdered pharmaceutical preparations into tablets to make tablets of uniform size, shape, and weight. The tablet press can also be used to produce products in the form of tablets for other industries, such as cosmetics, cleaning products, and petrochemical catalysts.

The tablet manufacturing process starts with the preparation of the powder. This is usually a mixture of several ingredients. For pharmaceutical products, these include active pharmaceutical ingredients (API) or drugs, as well as various inactive but essential excipients, including diluents, lubricants, and adhesives. Before the powder is fed into the tablet press, the powder can undergo a granulation process to achieve the desired particle size distribution. The powder is fed into the hopper on the tablet press, from where it is metered into the cavity formed by the die and two punches (upper punch and lower punch). The die and punch determine the size and shape of the finished tablet, and are usually referred to as a tableting tool. Pressure is applied to the punch, which presses on the powder to fuse the materials together to form a solid tablet.

Hopper-store the material to be compressed

Punch-the punch compresses the material in the die

Cam track-this helps or guides the movement of the punch

Also called single punch or eccentric press. This is the simplest of all types of tablet making machines. It uses a station with a die and a pair of upper and lower punches. It can be operated by hand or electric motor. The compression force is only applied by the upper punch-during the compression step, the lower punch is stationary.

Multi-station Automatic Tablet Press Machine is also called rotary tablet press. The salient features of rotary press are the die table, the turret with fixed punches, and the cams and cam tracks that control the ejection process of the punches and tablets. In the press, many molds are located on a horizontally rotatable mold table near the edge of the large circle. The upper and lower punches corresponding to each die are located on the turret above and below the die table. When the die table rotates, the cams above the upper turret and below the lower turret move the appropriate punches up and down in such a way: (a) The lower punch is stationary during the compression step, in which the upper The punch presses the powder down to compress it into a tablet, and (b) Once the tablet is formed, the upper punch withdraws upwards, while the lower punch also rises, pushing the newly formed tablet out of the mold. When the machine head rotates, the fixed cam track controls the filling, compression and ejection process.

The size, shape and identification mark of the tablet are determined by the tablet press tools, namely the punch and die. Tooling must meet specific requirements to meet the needs of dosage uniformity, production efficiency and aesthetics. There are two internationally recognized standards for tableting tools: TSM standards and EU standards. TSM is an acronym for "Tablet PC Specification Manual" and is widely recognized and used exclusively in the United States. The use of the European Union or "European Standard" may be more extensive than the TSM standard.

According to TSM and EU standards, flat tooling is mainly divided into B tooling and D tooling. B tooling punch and die can be further classified as BB, D tooling can also be used on B tooling machine, called DB. The dimensions of these standard tools are shown in the table below.

The working principle of the Automatic Tablet Press Machine

The upper punch is withdrawn from the mold through the upper cam, and then the lower punch is lowered to let the powder fall from the hopper to fill the mold. Then the bottom punch moves upward to adjust the filling amount of powder (thereby adjusting the weight of the product), and the excess powder is removed from the mold table.

The upper punch is pressed down into the mold by the upper cam; the lower punch can also be lifted by the lower cam. Both punches are pressed between heavy rollers to compress the tablets.

The upper punch is retracted by the upper cam, and the lower punch is pushed upward to eject the tablets. The tablet is then removed from the mold surface by means of a tablet.

The multi-station Automatic Tablet Press Machine is a more complex machine whose operation is difficult to describe in a few words. The process is basically the same as a single press, because the tablets are produced by compression between the upper and lower punches in the mold. In a multi-station press, there are many sets of tools (punch and die) that are precisely aligned in such a way that the entire head, including the die table and turret, rotates uniformly in the horizontal plane.

The material to be made into tablets is put into/sent into the fixed hopper, and then into the fixed frame. As the mold table rotates, the frame fills multiple molds at the same time.

Like a single station press, compression is performed by punches, which are controlled by cam tracks and rollers that guide the movement of the punch as the table rotates.

The compression sequence starts with the lower cam guide pulling the lower punch to the bottom of the mold. This operation allows specific molds to be overfilled with powder

Then the lower punch will rise according to the weight control process, at this time the excess powder is removed by the scraper. The blade pushes the material into the upcoming mold.

The lower punch is lowered slightly so that the upper punch enters the die and contacts the upper surface of the powder. This is the point where compression begins.

In modern presses, there is a pre-compression step in which both punches are squeezed by pre-compression rollers to squeeze the powder in the die to form tablets. When the worktable rotates, the punches engage with the main pressure rollers, which are solid rollers that exert tremendous force on the powder. Both punches apply force and both move to compress the tablet (unlike a single press, in which only the upper punch moves during the compression step).

After all the compression force is applied, the upper punch is retracted by the upper lifting cam, and the lower punch also rises, making the tablet higher than the surface of the mold (and mold table).

Then the lower punch will engage with the pull-down cam and return to the bottom of the mold, and the whole process starts again.

These machines are used to compress various drugs (which may or may not contain excipients) into round tablets. They can be used in mass production or laboratory production runs, and can be operated manually to allow precise settings for filling, tablet size, and compression force. In addition, there is a single station tablet press -

Chewable tablets-contain, for example, mannitol, lubricants and other binders and ingredients.

Other compressed tablets-contain a variety of ingredients such as disintegrants, lubricants, active drugs and diluents.

Due to its efficiency and accuracy in producing tablets of uniform shape and size, it is the best machine for mass production of tablets. Therefore, it is favored by many people in the industry due to its high output.

This machine can be used for the production of various active ingredients. In addition –

It provides independent control of hardness and weight

The setup is more simplified and efficient than the trial and error method often encountered when setting up a single-station printing machine.

Can be fine-tuned to meet all product specifications

All molds can achieve automatic and consistent powder filling.

Provide no punches or molds-allowing manufacturers to specify their own tool design.

The productivity is much higher than that of a single-station press. Typical output: 9000-12000 pieces/hour.

Automatic Tablet Press Machine is an essential equipment in the pharmaceutical industry. Modern tablet presses must allow operators to adjust the lower and upper punches to accurately control the weight, density, and thickness of the tablets. This is achieved through the use of rollers, cams and other trackers. It also contains a mechanical system for pushing out, filling and removing tablets after compression. Pharmaceutical tablet presses need to be cleaned and configured quickly so that they can be used to manufacture a variety of products.

If you need more information, pls no hesitate to contact us.

Warmly Welcome every respected customer come to visit BAOFENG Company, We are looking forward to cooperate with you!

Benefits of The Right Choice of Mixer 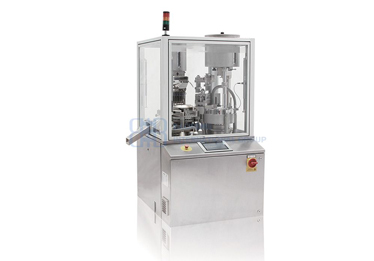 It is well known that the pharmaceutical industry must have the abili... 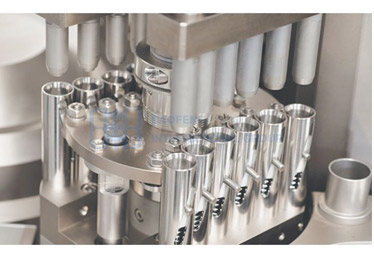 Why Use A Capsule Filling Machine?